Home » About Us » Photo Feature

Dr. Rinky Kapoor invited as Faculty, to speak on ‘Latest Treatment for Acne Scars’, at Annual conference of Cosmetic Dematology Society of India, in Mumbai, on 4th August 2018.

Dr. Rinky Kapoor, Cosmetic Dermatologist & Dermato-Surgeon in Mumbai, India was invited to be a part as a faculty to speak on ‘Latest Treatment for Acne Scars’, at the 22nd Annual Congress of the Cosmetic Dermatology Society (India), in Renaisaance Mumbai Convention Centre Hotel, Mumbai, on 4th August 2018. 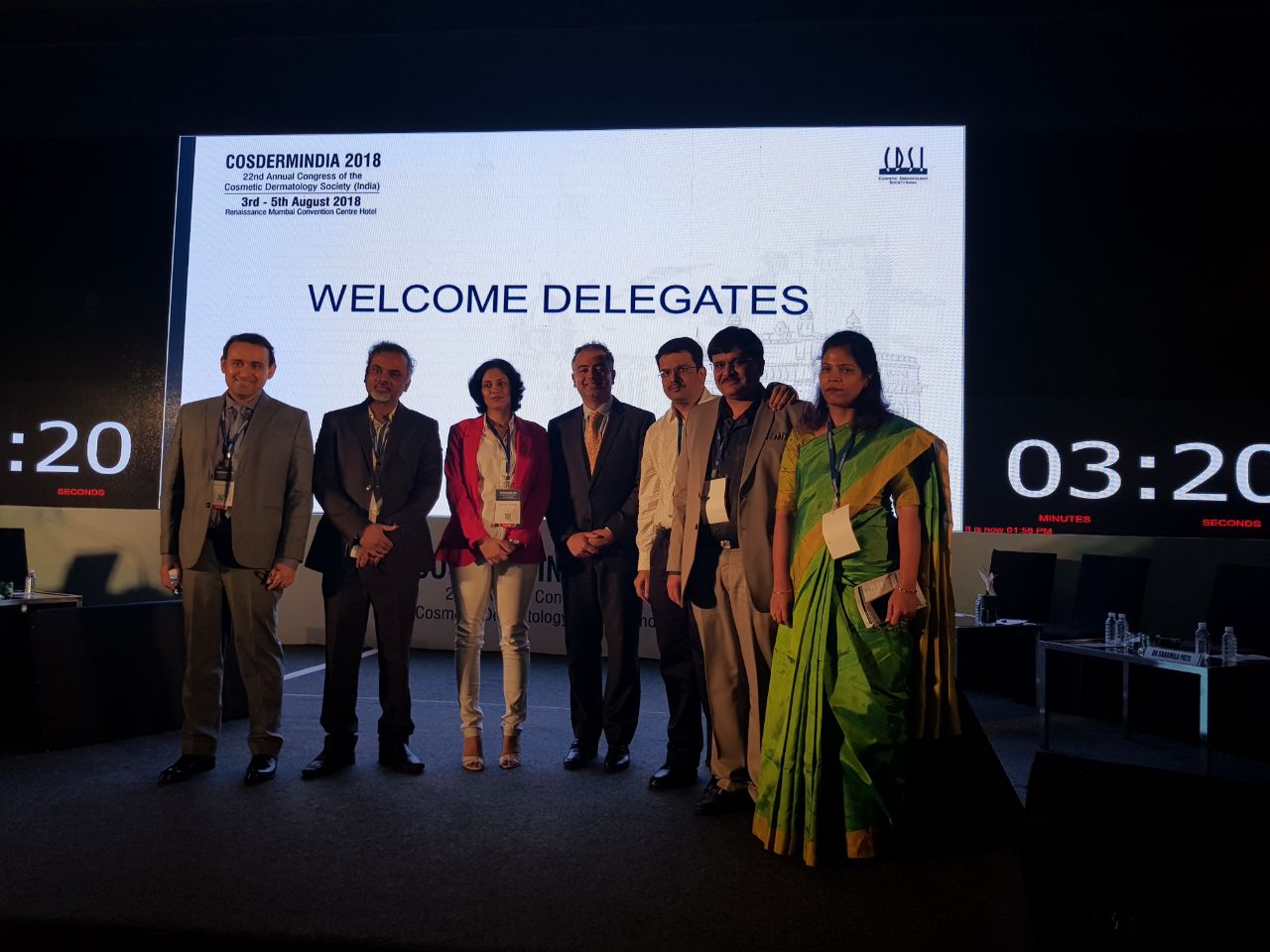 Dr. Rinky Kapoor is a renowned Cosmetic Dermatologist & Dermato-Surgeon in Mumbai, India. She was recently been invited for a talk on ‘Advances in Cosmetic Dematology’ to Bandra Khar Medical Association, on Sunday, August 5th 2018. 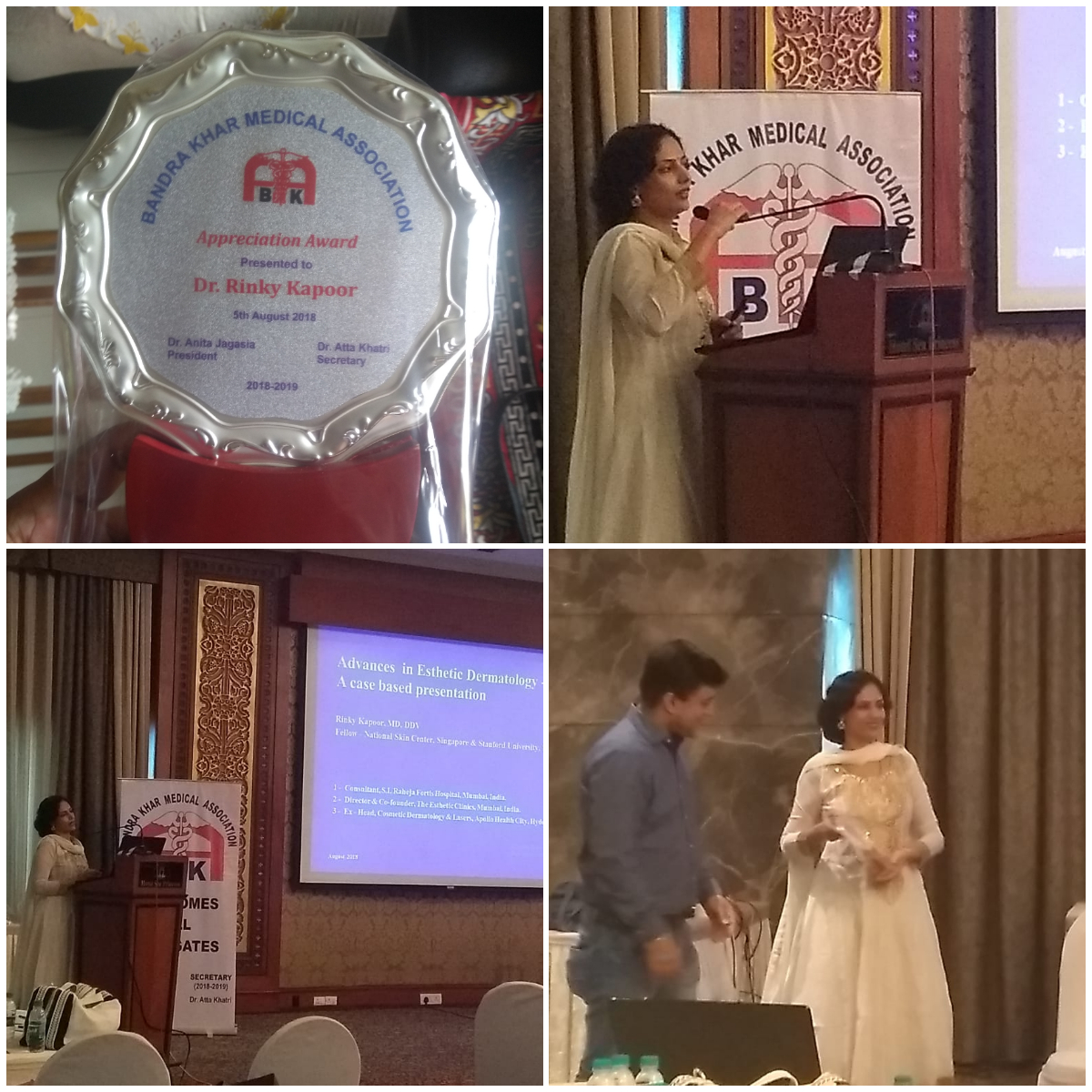 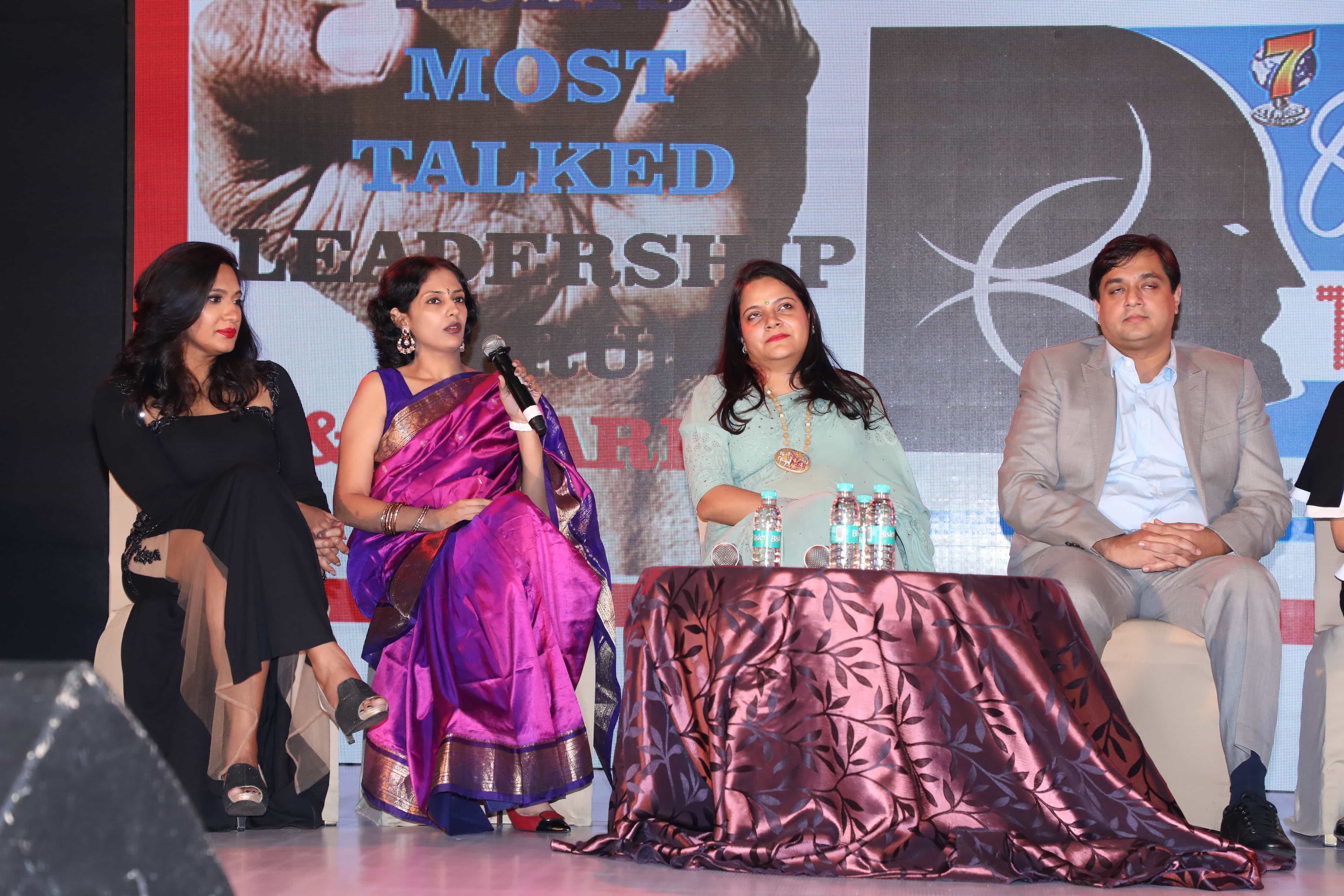 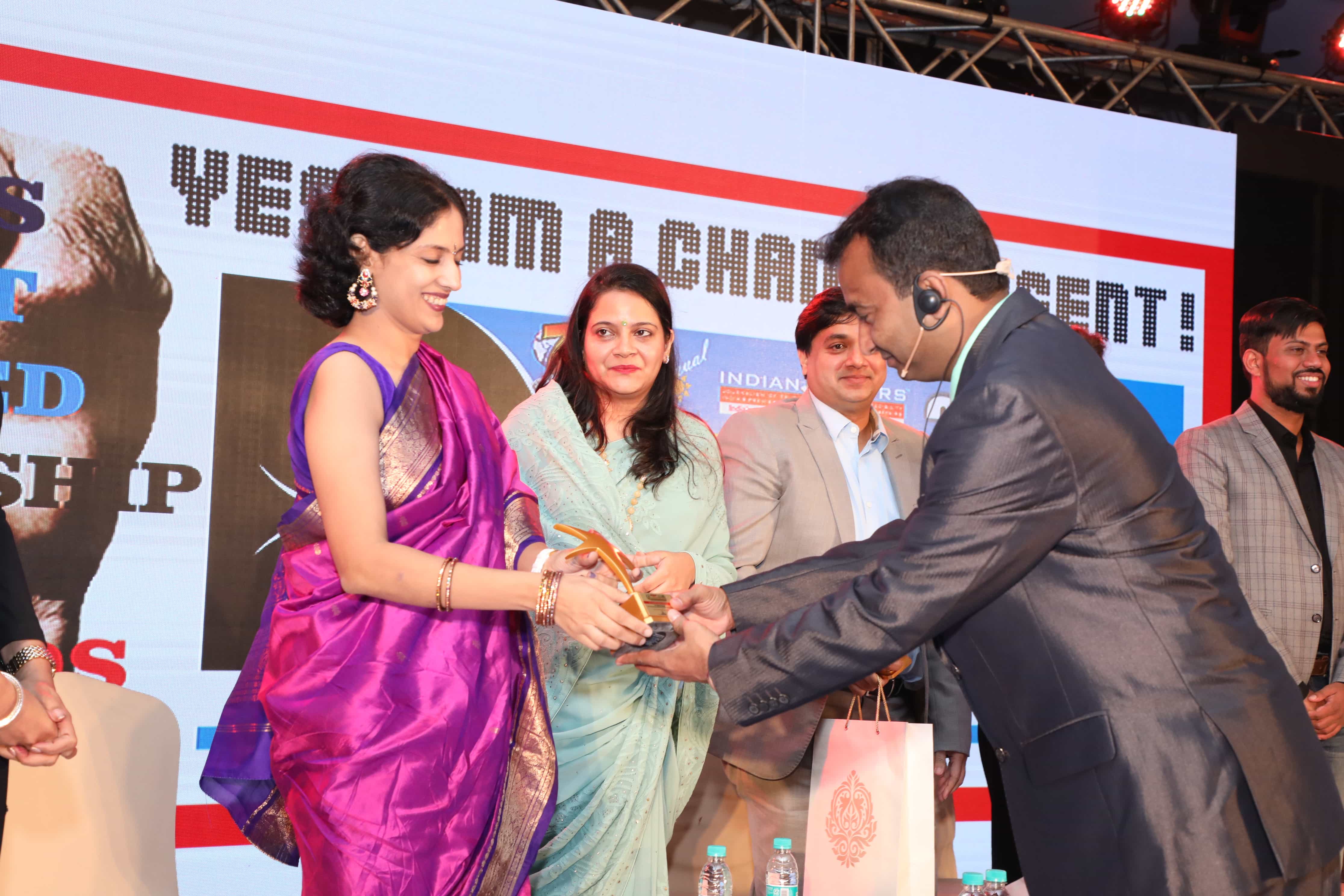 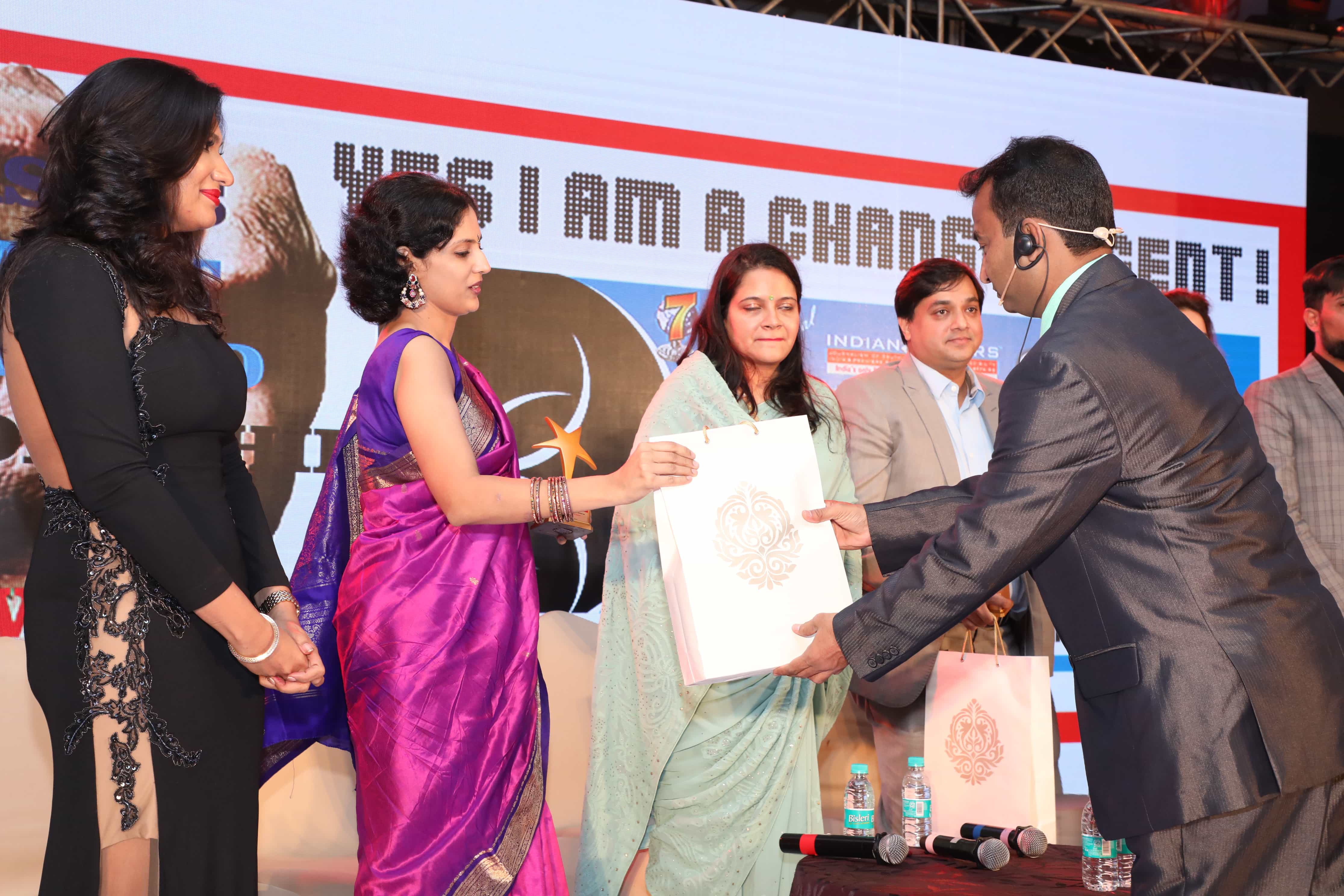 Dr. Debraj shome & Dr. Rinky kapoor with the USA patent certificate for the revolutionary QR678 growth factor injections. Invented by the esthetic clinics in India, ready to be delivered worldwide The vision of CMO Asia is to share best global practices and give more space to the consumer voice. This award reinforces Dr. Kapoor’s standing as one of the best dermatologists & skin specialists in Mumbai & India.

Dr. Rinky Kapoor is one of the renowned cosmetic dermatologist and laser skin expert of The Esthetic Clinics. Her excellence in healthcare delivery, clinical skin care and skin research has transformed many lives. She was also crowned as one of the “Best Dermatologist in India”, at the Healthcare Excellence Summit 2015 which is organized by Worldwide Achievers. The prestigious event was held on 9th December at the Hotel Radisson Blu Plaza in New Delhi. This award was presented to Dr. Rinky Kapoor by the esteemed guests, Honorable Union Minister of Health & Family Welfare (Government. of India), Shri Shripad Yesso Naik, and Dr. C. P. Thakur, MP & Former Union Cabinet Minister (Govt. of India). Dr. Kapoor has received this award for her excellence.

Dr. Rinky Kapoor Facilitated As “The Most Valuable And Admired Cosmetic Dermatologist In India” At Annual Power Brand Awards 2015 Dr. Rinky Kapoor was invited as a Faculty Speaker and Chair of multiple sessions at the International Master Course on Aging Science, November 2015, Goa, India.

Dr. Kapoor was invited to speak on newer advances in non surgical hair growth therapies & the use of the CO2 laser in facial rejuvenation in Indian skin. Dr. Kapoor also presented her series of 4000 patients treated with the Carbon Dioxide Laser resurfacing treatment – This is the largest series of patients treated with the CO2 laser for facial rejuvenation, in India. Dr. Kapoor also chaired multiple sessions, one on the lasers with evidence based medicine, in which luminaries from all over the world presented & another session on the best treatment for scars. Dr. Rinky Kapoor invited on the panel of the well renowned beauty pageant MRS INDIA GLOBE 2015 as a Groomer and Judge. The event was held at Hotel Ramee Guest line, Juhu, Mumbai, on 5th November 2015. Dr. Kapoor is seen here instructing the contestants on how to look beautiful and have glamorous looking skin naturally.

Healthy and beautiful skin is every individual’s desire and right . Prevention and protection are the mantras to optimal skin health.

As a skin care specialist, Dr. Rinky Kapoor provides expert advice and care to treat various acute skin diseases like skin infections to the chronic ones like psoriasis, vitiligo, lichen planus etc. She is a trained, internationally recognized laser skin expert and dermatosurgeon.

Skin care, for all diseases

Choose Your Choice of Laser Hair Removal Treatment In Mumbai

Get Flawless Skin and Healthy Hair with Skin Specialist in Bandra

How Do You Choose the Right Lipolysis Treatment in Mumbai?